In your garden, a good selection of foliage plants may make a significant difference. Pick flowers with bold forms, delicate textures, and bright colors. Furthermore, without detracting from the garden’s visual appeal, certain foliage choices are especially suited for filling in the shady spots. During the season, you may also notice foliage that changes color.

To mix among your flowers, here is a list of the top 18 foliage plants. In a garden, caladiums, often known as “Angel Wings,” stand out. Large arrowhead-shaped leaves in vivid hues of green, red, pink, and white are arranged in striking patterns. Caladiums are simple to grow and equally attractive outside.

Caladiums grown in partial shade produce an unexpected and welcome burst of season-long color for the garden, and they can be grown in any shade. They, however, only grow in USDA Zone 9. You can keep them indoors over the winter in colder regions since they are annual plants. 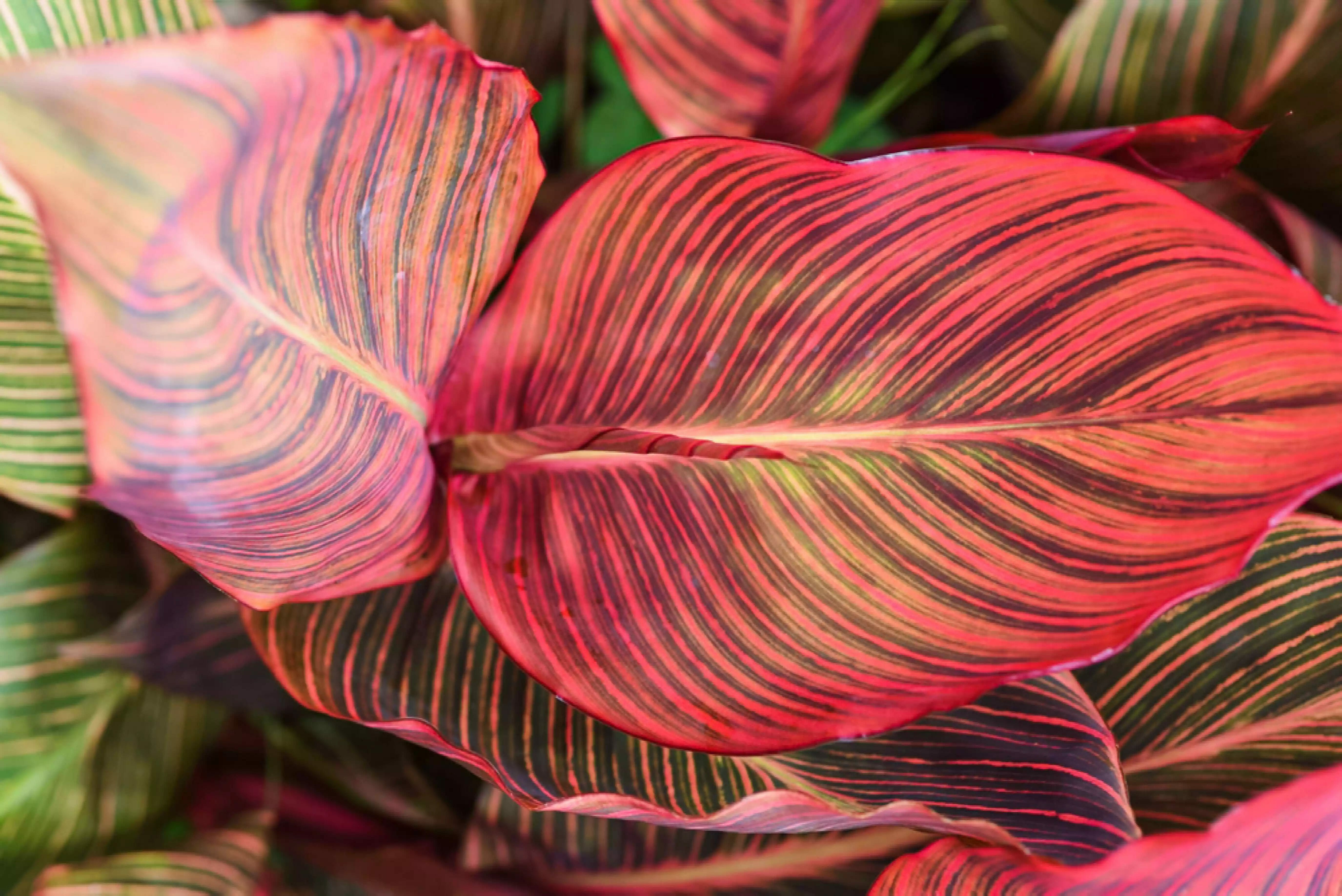 The tropical nature of canna plants is impossible to miss. They bloom in brilliant hues of red, yellow, and orange and have massive banana-like leaves that can be green, red, striped, or mixed. These plants would stand out even if the flowers were not as beautiful. Some gardeners even take away the flower stalks in order for the plant to concentrate on leaf growth.

Water and heat are essential to canna plants. Consider planting them in containers and putting them in a water garden to create your own version of a tropical paradise if you think keeping them watered might become tedious. 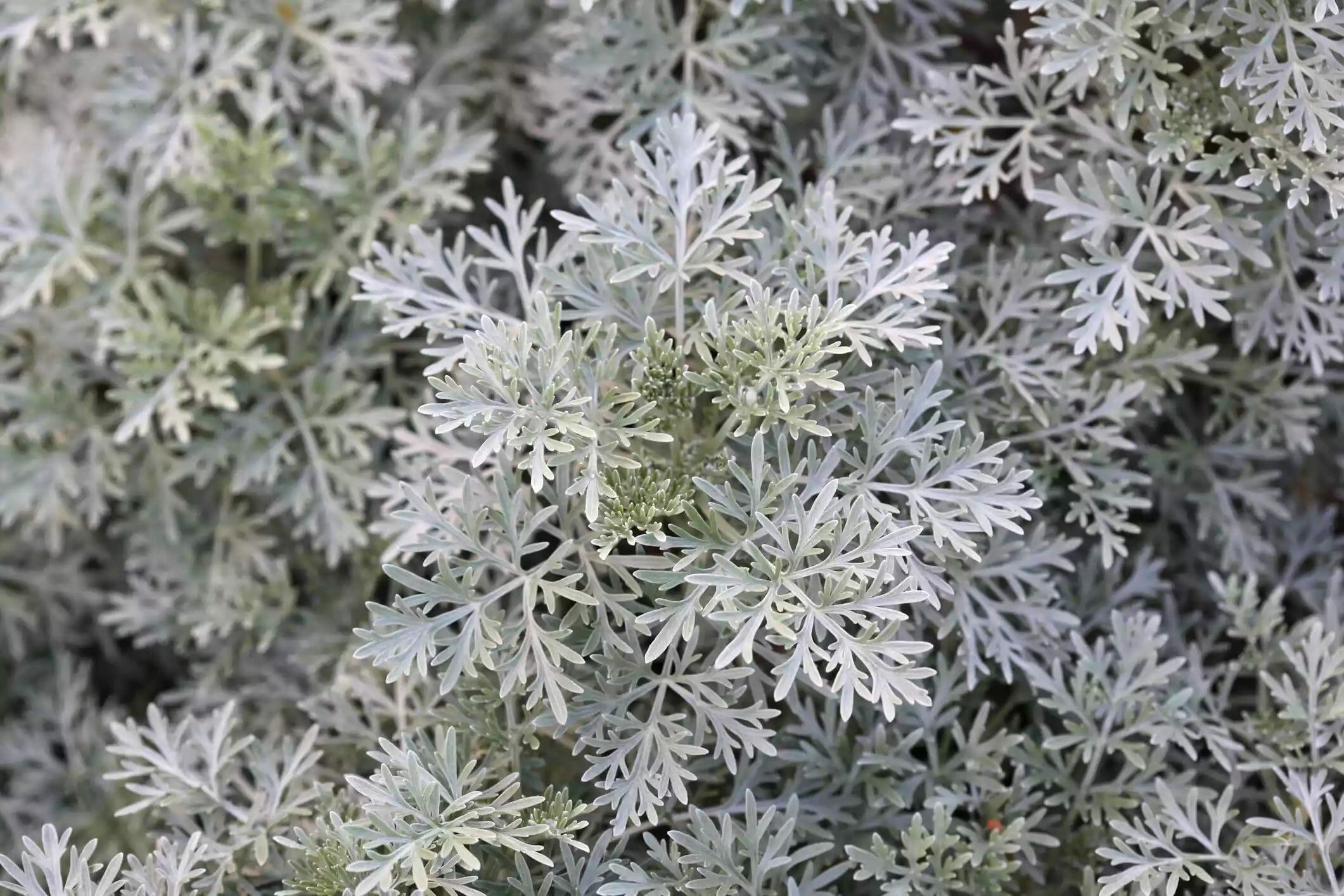 The flowers are small, but the leaves are airy and lovely, despite being in the daisy family. Mugwort, southernwood, sweet Annie, tarragon, and wormwood are some of the most popular garden artemisias.

The silvery-gray foliage of most artemisia plants contrasts beautifully with pastel colors like light mauve, purples, oranges, and blues. They illuminate surrounding plants while gathering a glint of sunlight in partial shade. Shear the old foliage and fresh silvery leaves will emerge if they get a bit unruly in the summer. Shade-growing coleus plants were popular Victorian bedding plants, but it wasn’t until a sun-loving variant was created that the plant gained widespread appeal among gardeners. Coleus plants are now common in gardens of all sizes. They’re also popular as houseplants and may be found in containers.

Sun-worshiping coleus range in color from bright red to light green, and may appear on one plant. In the coleus aisle, bright, cheerful plants like “Big Enchilada,” Brilliancy, and “Copper Sun” promise what’s to come. Pinching encourages the plants to become bushier and produce more vibrant colors. 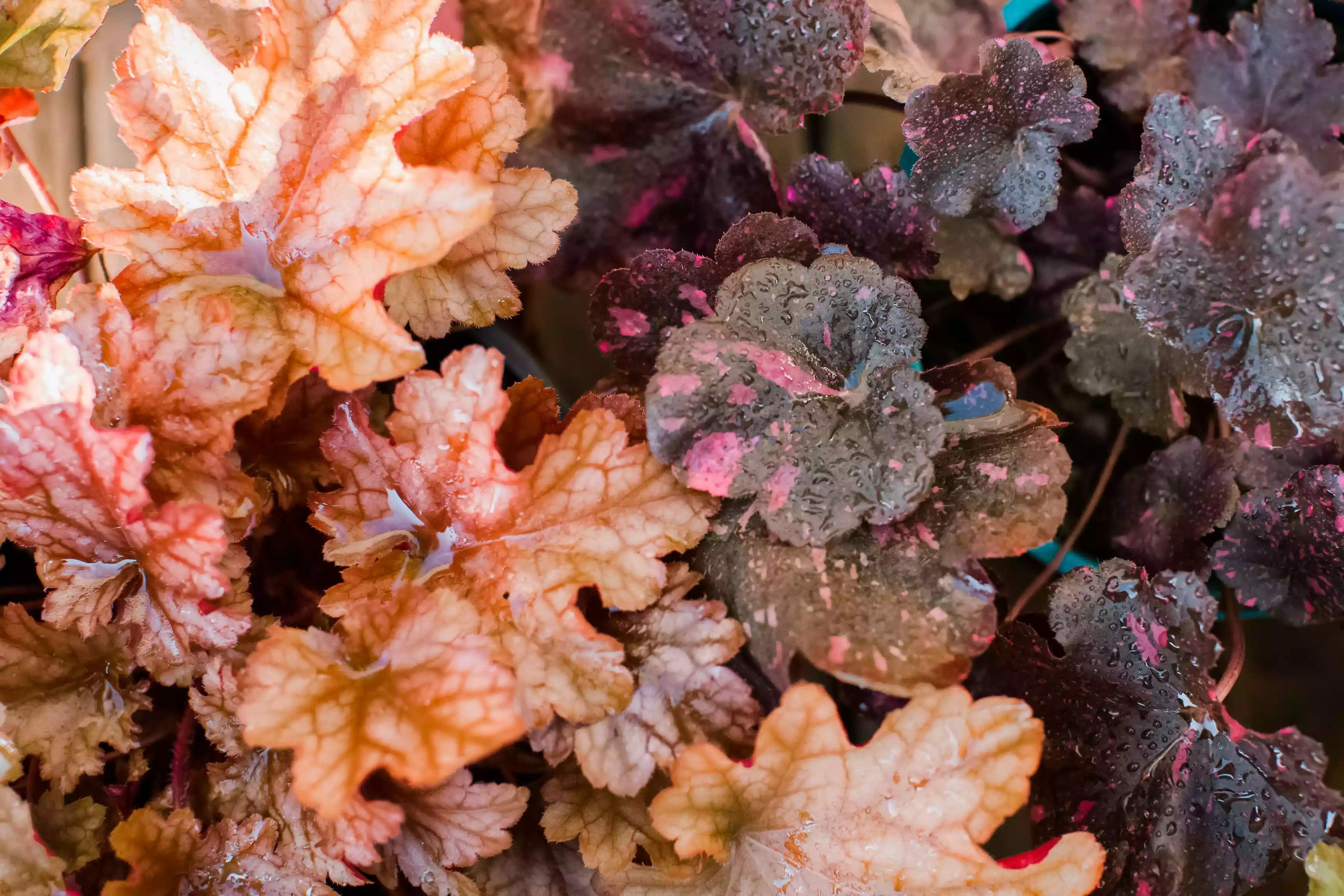 The first coral bells were gorgeous plants with airy pink bell-shaped blooms and ruffled green leaves that attracted hummingbirds as a favorite plant. Nonetheless, they have embraced Heucheras and discovered how to create purple, bronze, and patterned leaves in a similar way that plant breeders went wild developing new hosta types.

Most Heuchera plants prefer partial shade, but if they get enough moisture, they may grow in the sun as well. They’re ideal for edging borders, planting beneath taller plants, and using in pots since they form organized clumps. 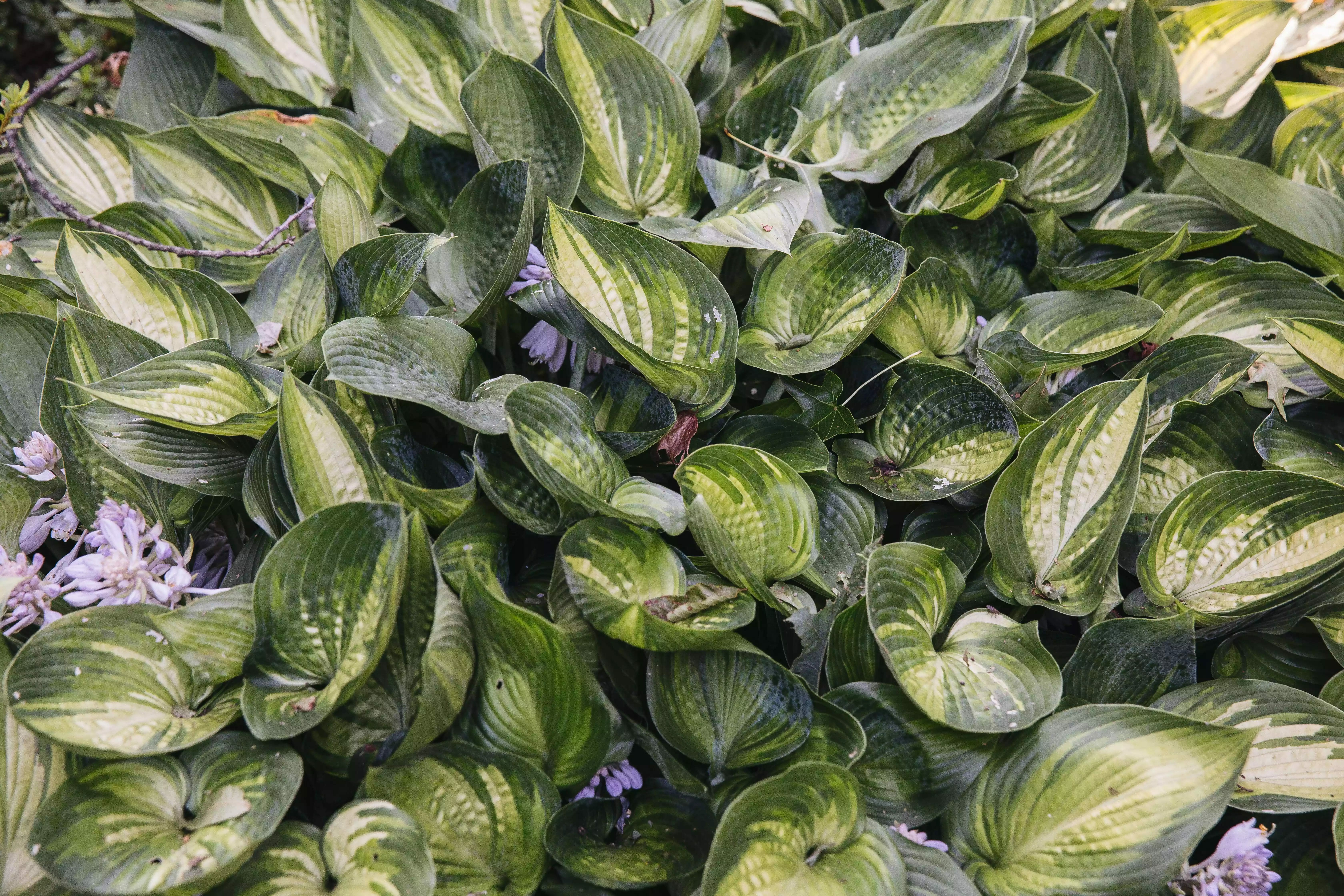 Green, gold, and blue hostas, as well as a variety of variegated leaves, are available in hues. The bright whites and gold reflect the smaller light, enlivening the plants around them, and they favor partial shade.

While hosta plants are often referred to as shade plants, they may be grown in full sun and have additional uses in the garden. Just a few hosta cultivars, such as Hosta plantaginea, have stunning flowers. Before blooming, the flower stalks are normally cut off, allowing the plant to concentrate on developing their lovely leaves. 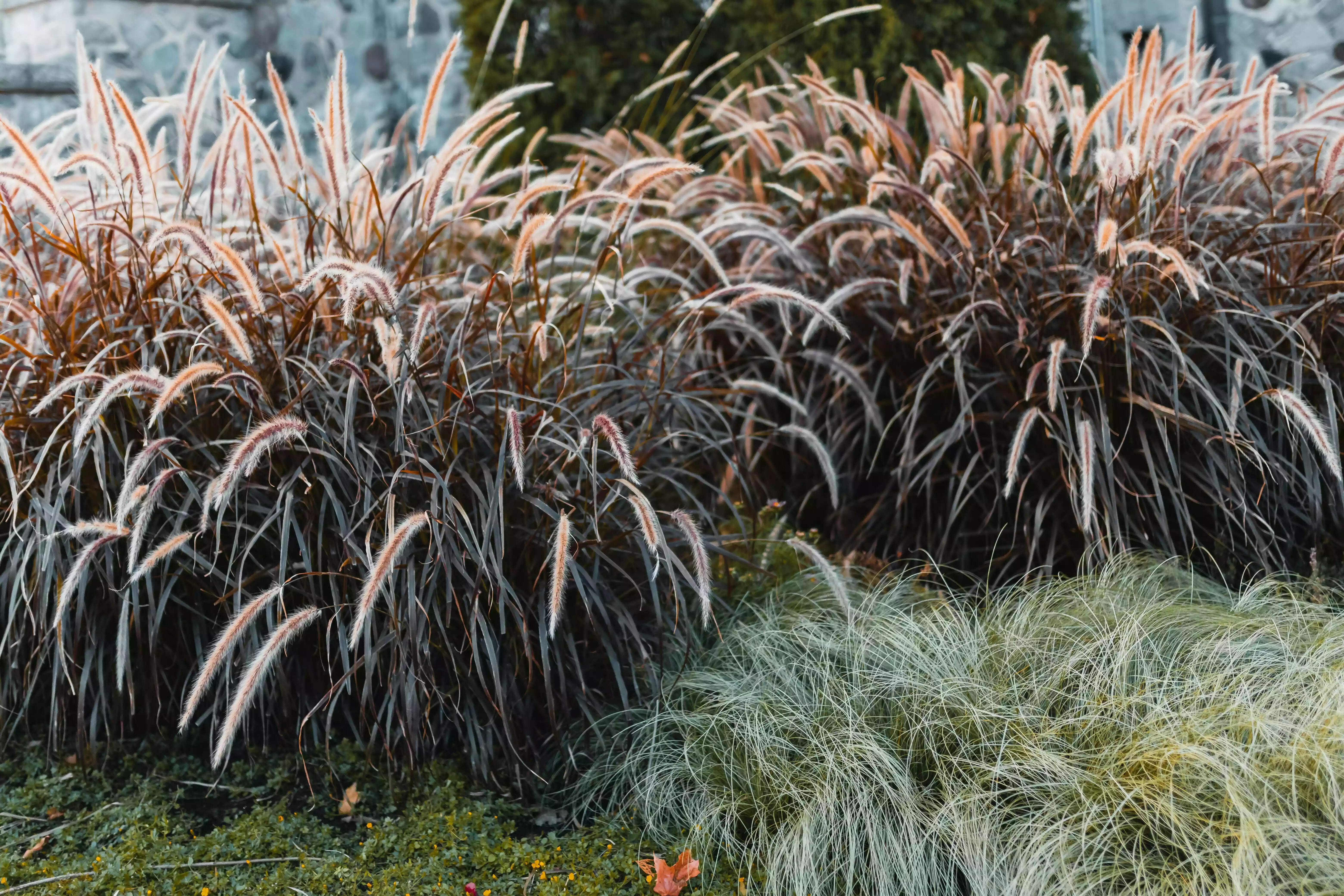 Your garden will be lush with ornamental grasses, which offer a variety of textures, motions, and sounds. Many, such as blood grass, porcupine grass, and zebra grass, need only their leaf stalks to stand out. Others shine with their flowers or infloworescence. When designing your decorative grass, you’ll want to take into account height, development habit, and season. 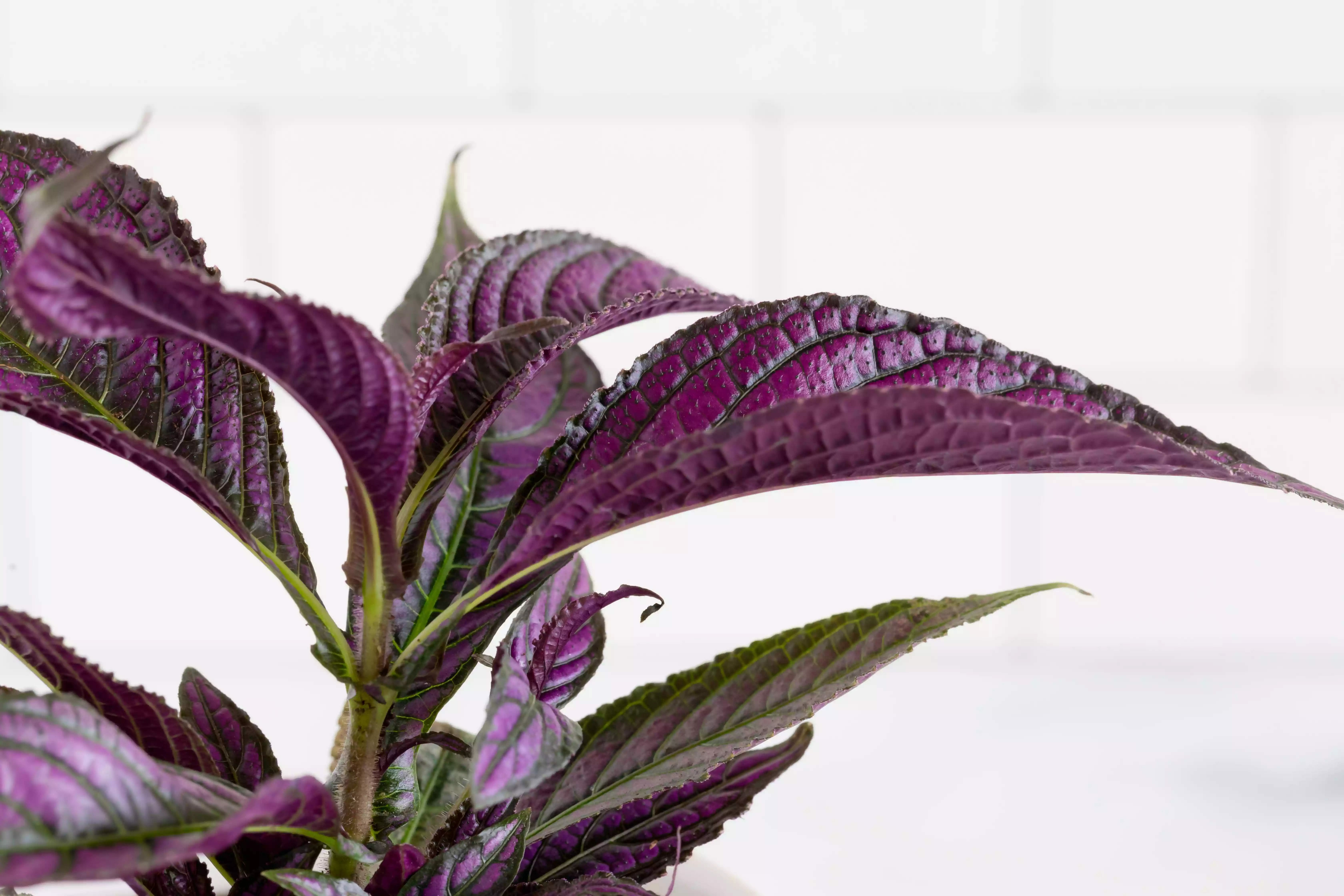 Srobilanthes leaves are nearly iridescent, which is known as Persian shield. In hot places, this is a sub-shrub that stays evergreen. In colder climates, it’s grown as an annual or houseplant.

You may easily take cuttings in the spring to plant out in the garden if you keep yours as a houseplant throughout the winter. The iridescence of the Persian shield makes them almost glow in partial shade, but it can withstand full sun. 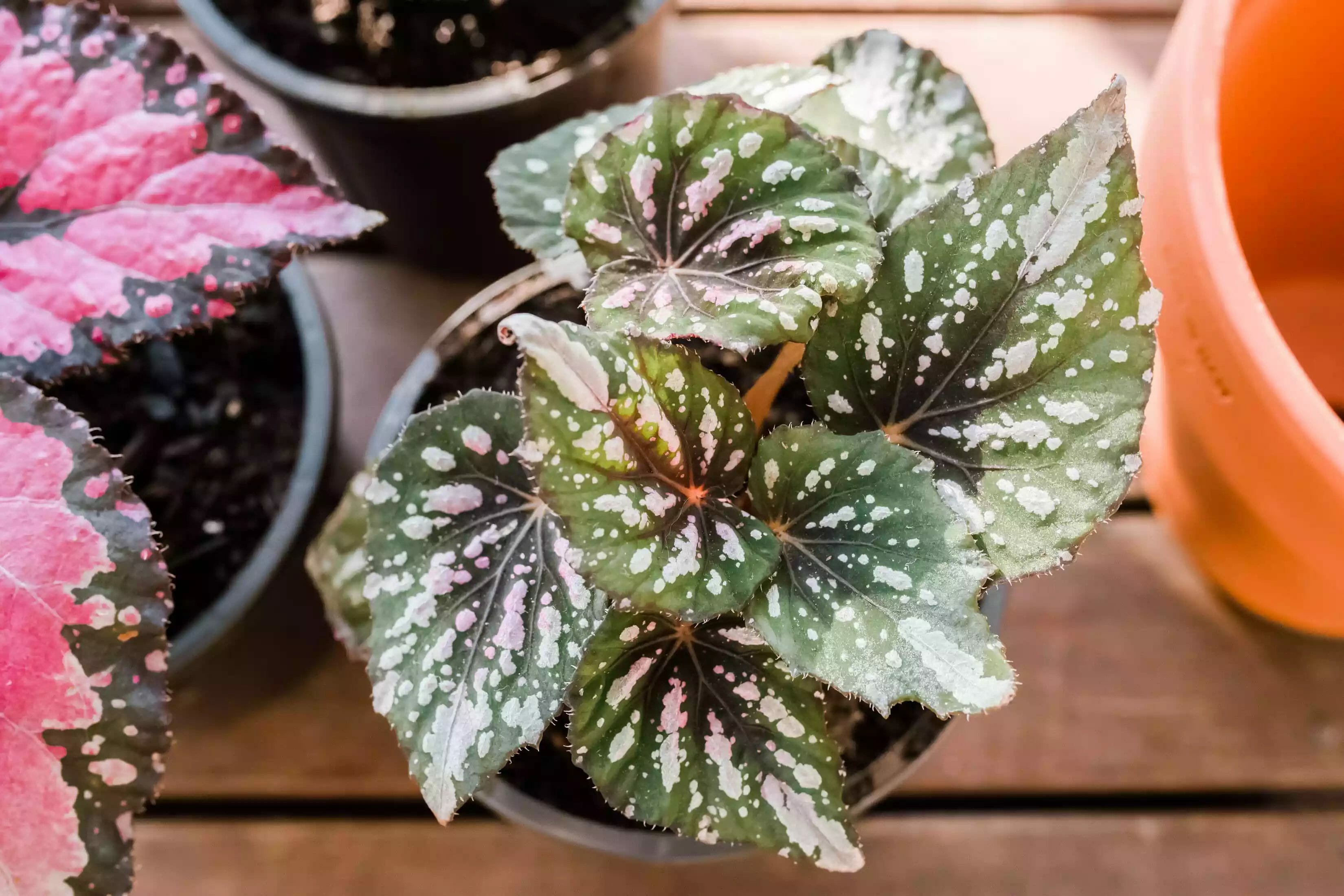 Rex begonias are tropical plants, as are many other fantastic foliage plants. That won’t prohibit you from growing both as houseplants and in the garden. Rex begonias have varied leaves, ranging from swirled to spotted to spiraled and winged. Many individuals collect them because they are such fascinating plants.

Rex begonias, on the other hand, may be difficult to care for if you live in warmer climates. Instead of growing them in the ground, it’s often preferable to grow them in pots, which give you more control over the soil and growing circumstances. In the garden, New Zealand flax makes a wonderful dramatic accent. Some types may reach heights of more than 7 feet, whereas others are suitable for growing in pots. Colors such as green, yellow, white, pink, and red are available in a variety of hues.

Phormiums are evergreen perennials that can be found in warmer climates. The plants produce a flower stalk with lovely red or yellow blooms, and the leaves are primarily used for their blade-shaped form. 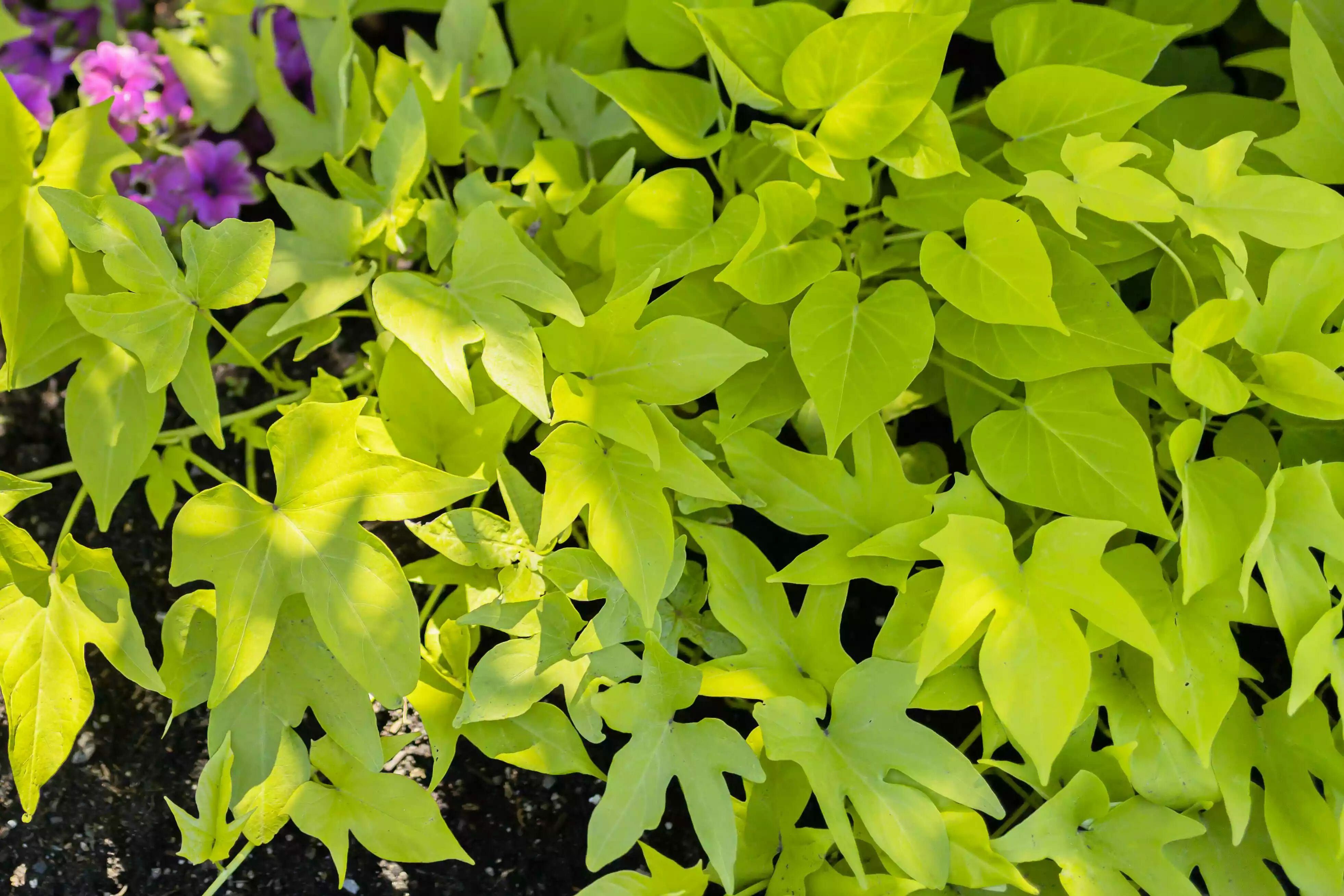 Sweet potato vines are a popular choice for both container plants and ground covers because of their rich colors and deeply lobed leaves. The tubers are comparable to those of the delicious sweet potato, although they are not as good.

The leaves of these vines, which come in a variety of colors and names, are grown for ornamental foliage. Margarita has bright chartreuse leaves; Sweet Caroline or Sweetheart has burgundy heart-shaped leaves; and Tricolor has green and white variegated leaves with pink lines. 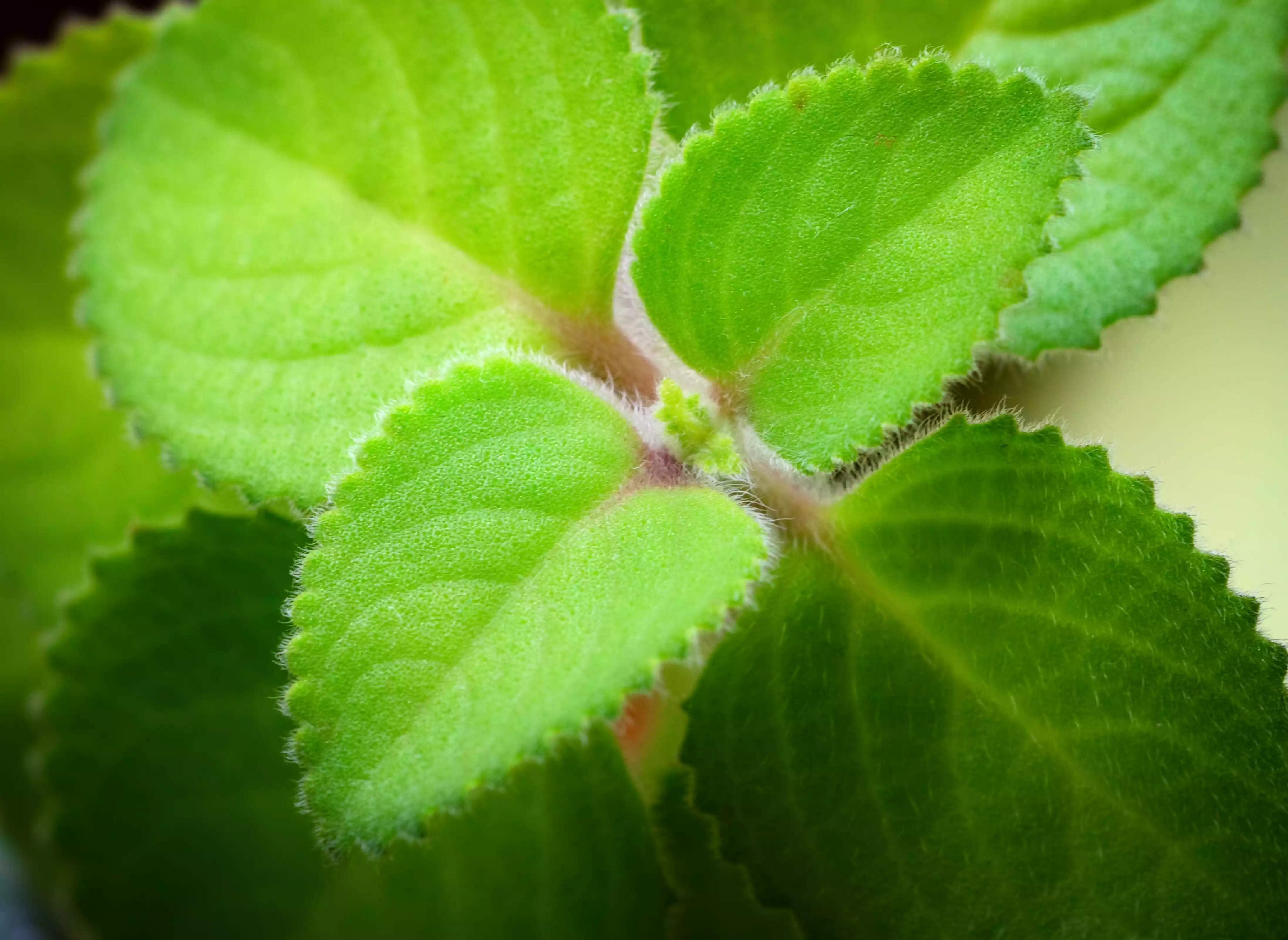 Plectranthus is a bushy plant that thrives on damp soil. With a ruffled border that may be variegated white, the leaves are thick and somewhat hairy. Plectranthus, like its relative Swedish ivy, is mostly grown for foliage. They’ll stay fuller and lush by pinching them back every now and then. The taller lavender flower stalks of the newer variety, “Mona Lavender,” plectranthus, make it a popular plant and container. 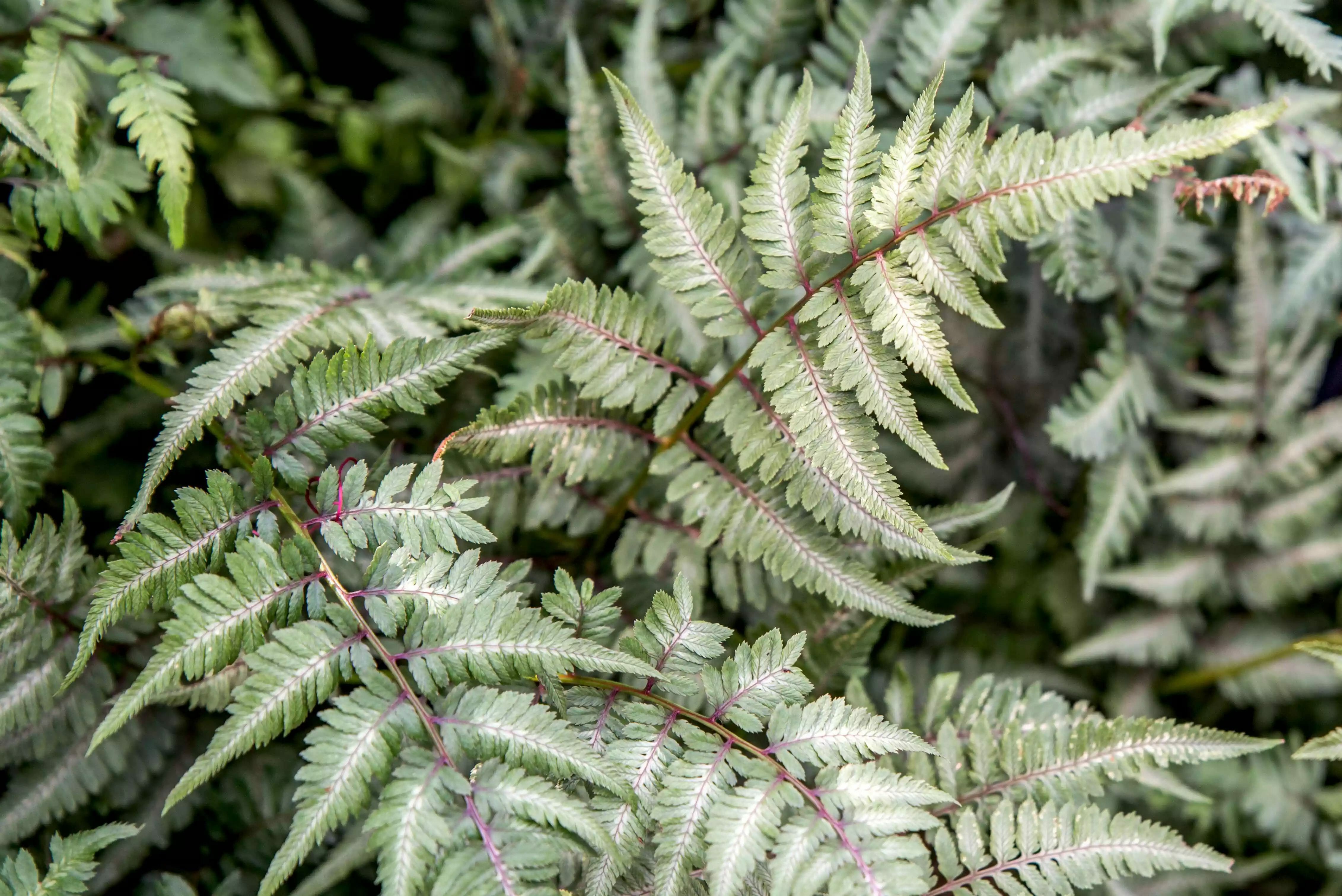 Several ferns are lovely, but the Japanese painted fern stands out from the rest with its lacy fronds and airborne growth habits. Its silvery leaves will catch every ray of light that stumbles into the garden, so plant it in a partially shaded spot. The silvery-green fronds of figum shine even brighter due to its reddish-purple stems. Pink-tinted fronds enhance the look of burgundy lace. These aren’t huge ferns (they grow to be about 12 inches tall), but they’re definitely attention-getters. 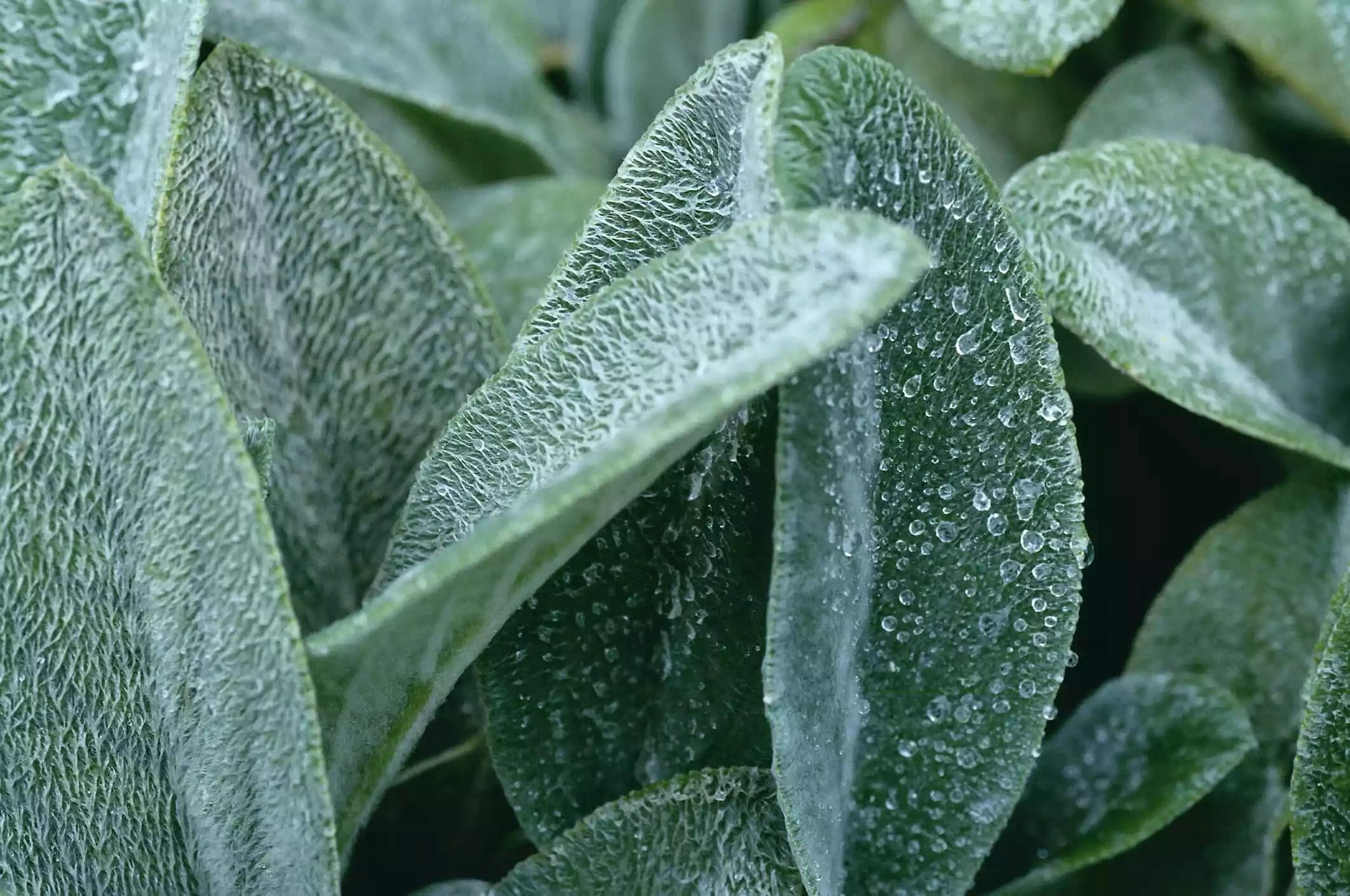 Lamb’s ear plants’ soft, fuzzy, gray leaves are popular among youngsters who get to touch them, but they are also appealing to gardeners who want a velvet feel to soften the harsh edges of a pathway or paint for their downy gray hue. Several cultivars have been developed vegetatively, such as “Helen von Stein.” Because they do not flower, there is no need to deadhead them in order to maintain their fresh appearance. 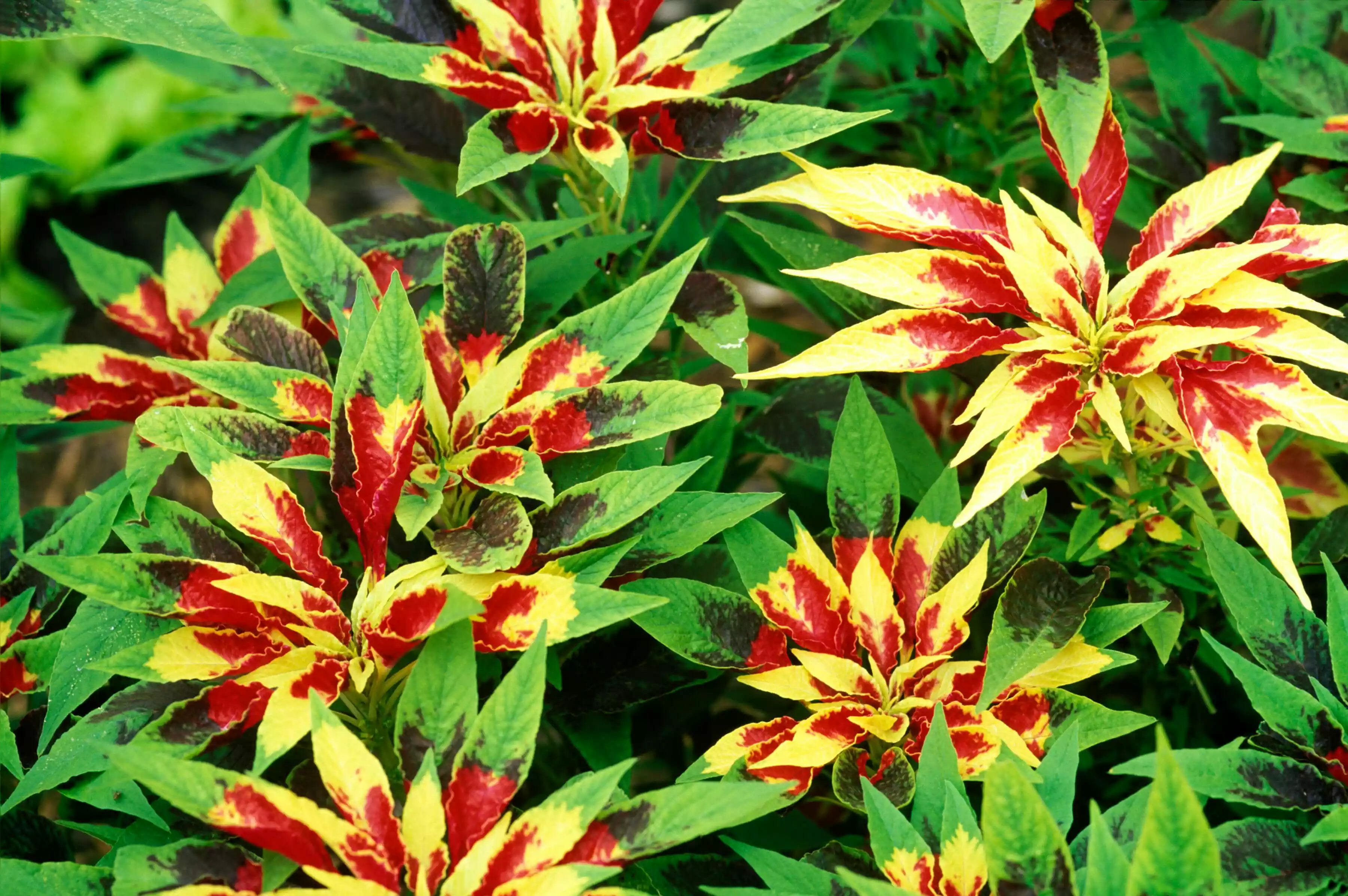 Amaranthus plants’ leaves may be so bold that you’ll wonder why they bother to bloom when they can be so dazzling. A sunburst of yellows and orange blooms is Amaranthus tricolor. Some cultivars, such as “Perfecta,” will brighten up your garden on the cloudiest days and for weeks on end if you think the ordinary tricolor is bold. Amaranthus tricolor, or pig earth, is an easy-to-grow annual plant. 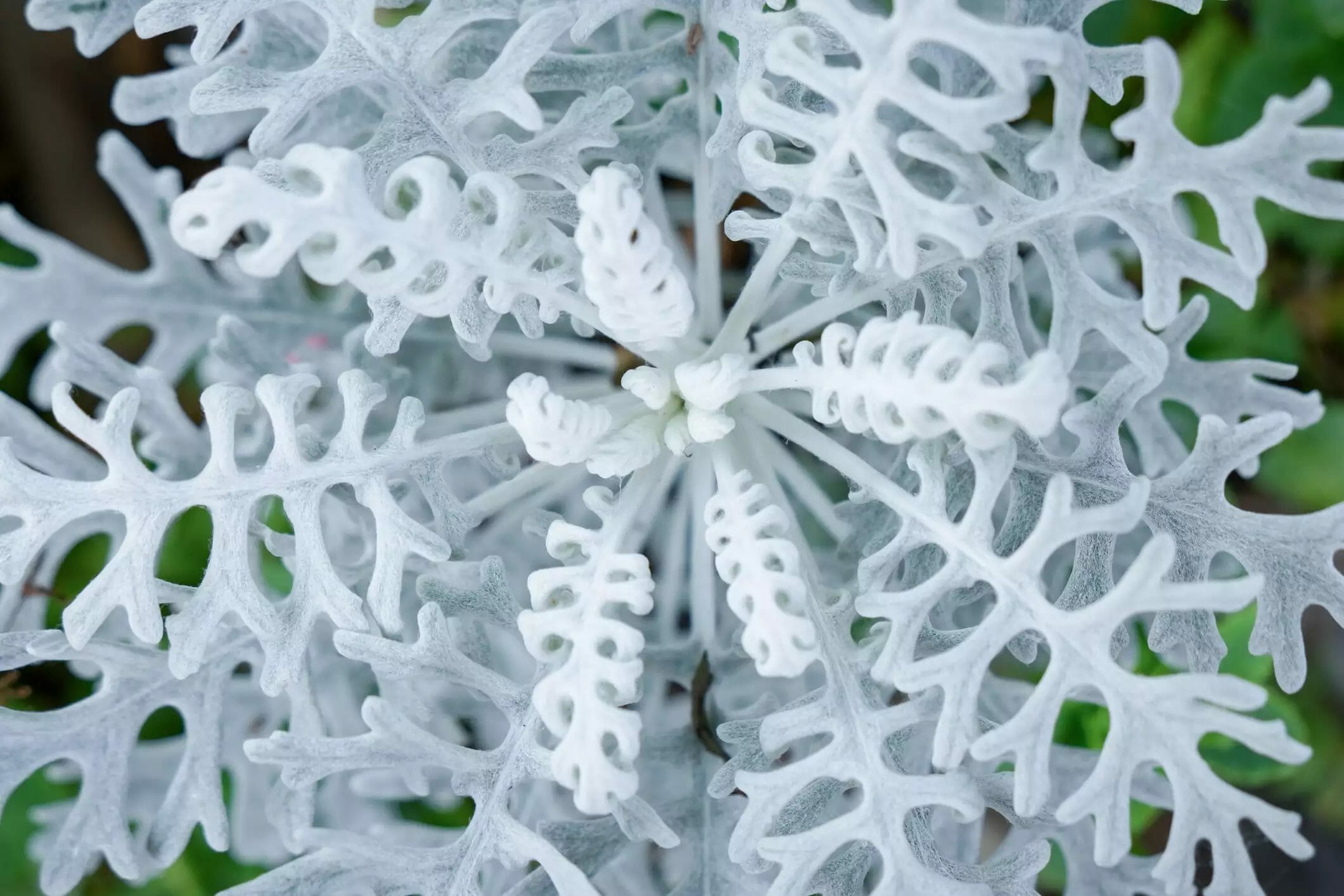 Although it is widely cultivated as an annual plant and used as a filler in gardens and pots, it is substantially underrepresented. This drought-tolerant and forgiving foliage plant has a soft, powdery gray appearance. Bolder colors, such as hot pink petunias and buttery yellow coreopsis, look better with its subdued color. Look for varieties such as “Silverado” that stay fresh-looking longer than the species plant and are identified by their names. 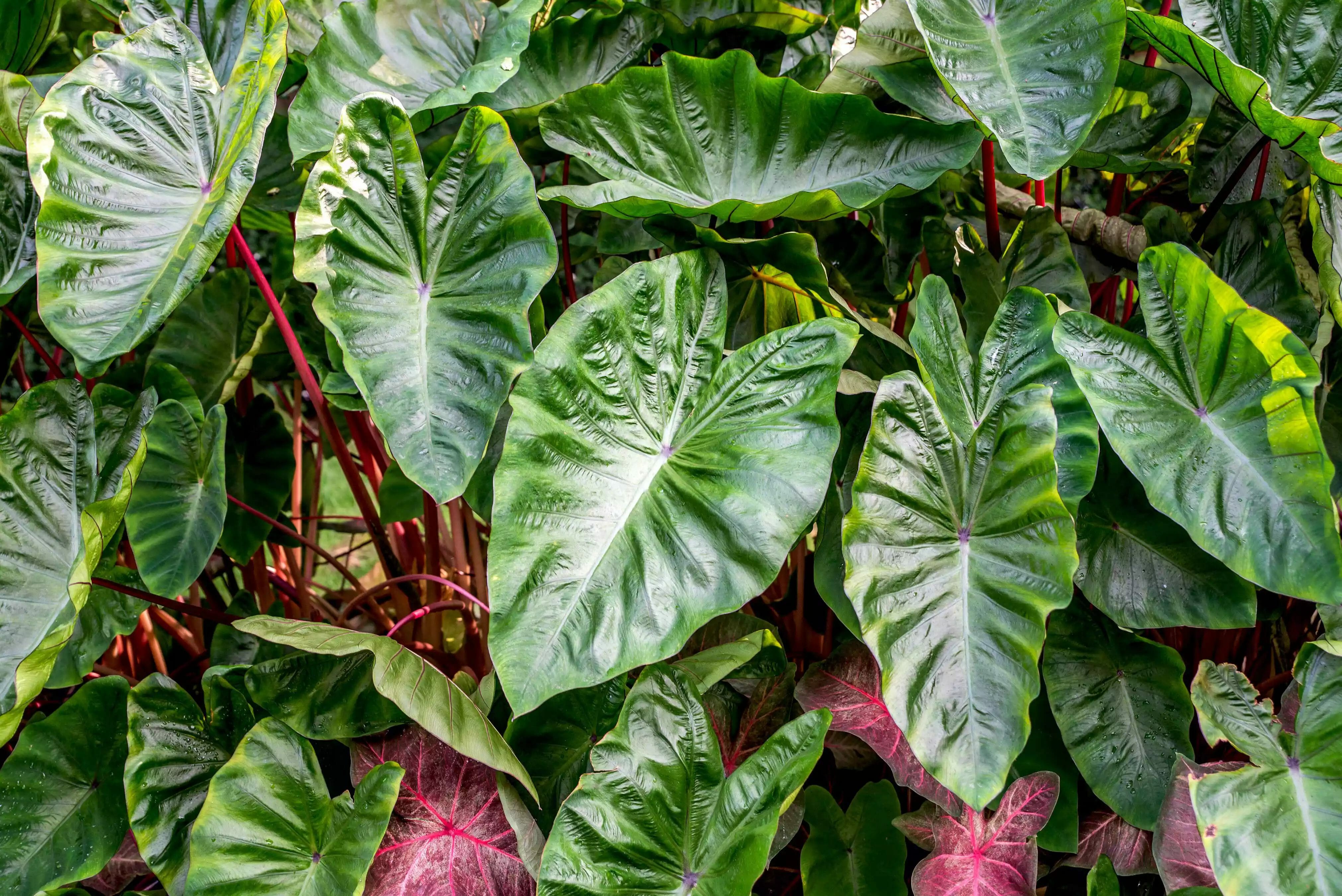 Elephant ears bring instant drama to your garden because of their imposing size. The plant has a strong tropical feel and thrives in watery environments. Elephant ears grow quickly from huge tubers that may be stored for the winter to develop again next season, despite their toughiness only extending to zones 8 and above. 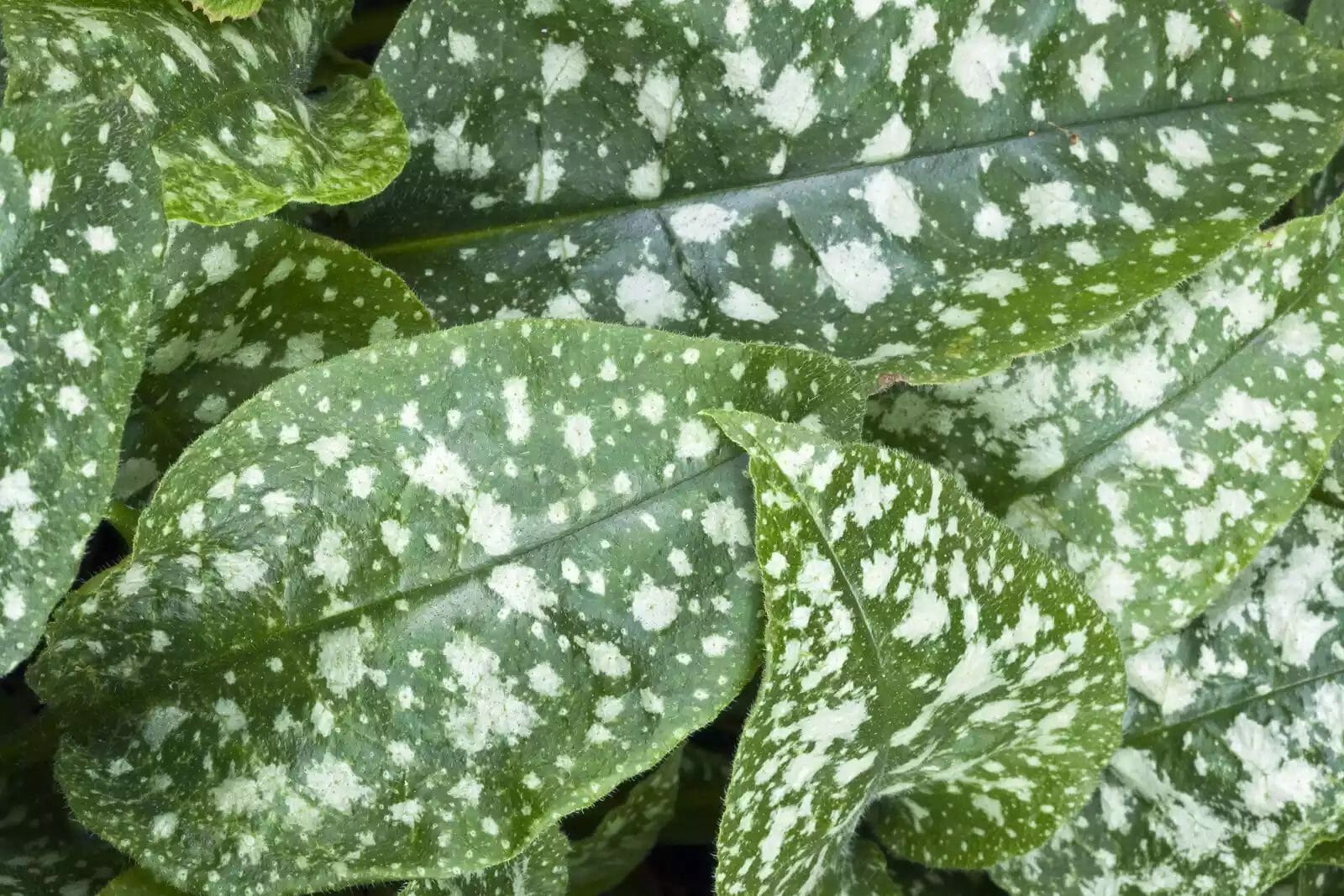 Lungwort has lovely blooms that are visible early in the spring, but they only last a few weeks. The leaves are thankfully splattered with silver or white, and they continue to be a pleasant sight for the rest of the growing season. These are tiny plants that take a long time to spread, but once they do, they create gorgeous carpets with dazzling iridescence flashes.